Cataract surgery removes the clouded natural eye lens and replaces it with an artificial intraocular lens (IOL) implant. Sometimes, you can develop a secondary cataract or “after cataract” that causes cloudy vision, similar to your original symptoms. However, this is not a cataract but a hazy film in the sac containing the artificial lens. 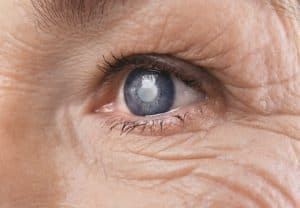 The official name for this issue is posterior capsular opacification (PCO), and the cloudy, blurred vision can happen weeks, months or even years after cataract surgery. Our Ophthalmologists specialize in cataracts and can restore your clear, bright eyesight with YAG laser surgery.

What Is YAG Laser Surgery?

The standard treatment for secondary cataracts is simple and essentially painless, taking less than five minutes from start to finish. When these vision disturbances appear after cataract surgery, it’s because the membrane housing the IOL creates scar tissue or an opaque film in the back that clouds or wrinkles the capsule and causes your vision problems. YAG (Yttrium-Aluminum Garnet) laser surgery creates a tiny hole in the filmy sac to allow light to pass through it again and restore clear eyesight. 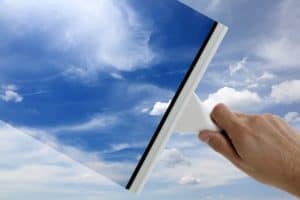 The YAG procedure involves numbing your eye with anesthetic eye drops and dilating the pupils. One of our skilled Ophthalmologists points the specialized laser toward the back of the lens sac to create the small opening, and it passes through the front of the eye and IOL to the posterior of the capsule. The space made in the scar tissue is large enough to let the light through but small enough to ensure that the membrane holds the IOL in place. The procedure is as simple as those two steps.

Our eye doctors may tell you to avoid certain activities, but most patients can resume normal daily life, including driving, after YAG laser surgery. You may be asked to wait for up to two hours after your procedure to check the pressure in your treated eye(s), and YAG laser surgery should restore clear vision within two days.

The recovery process is straightforward, with vision improvement around 24 hours in otherwise-healthy eyes, but you may need to use prescription eye drops for one week to promote healing. Most patients with moderate to severe secondary cataracts have restored vision the morning after YAG laser surgery.

The vision disturbances caused by secondary cataracts range from a minor annoyance to significant impairment. If your eyesight, work and/or lifestyle are adversely affected by the filmy membrane around the IOL that is implanted during cataract surgery, you’re likely a good candidate for YAG laser surgery. Typically, people qualify for YAG if they experience glare around bright lights and double vision or don’t pass a driving test due to their eyesight. The procedure is considered medically necessary in these cases and covered by insurance providers.

Cataract surgery restores your vision, and any clouding after the fact should be looked at by an Ophthalmologist. Contact St. Michael’s Eye & Laser Institute in Largo, Florida today to discuss your YAG laser surgery.

Call Now or Book an Appointment

St. Michael’s Eye & Laser Institute can be reached at (727) 585-2200. Our phones are answered during office hours. However, our phones are forwarded and answered for emergencies only after hours, and our physicians are available 24/7 for our patients for emergent care.